IKEA takes a bite out of Apple in hilarious new ad

When your brand is as big as Apple, people are going to make fun of you no matter what you do. That’s exactly what happened last week when Apple announced its new Mac Pro.

Despite the computer’s impressive specs, people couldn’t help but notice that its tower looked like a cheese grater. And to get in on the joke, IKEA Bulgaria has released this witty ad for its own lookalike product.

Leading with the apparently innocent message “designed for apples”, this tongue in cheek ad from the famous flatpack furniture shop is up there with some of the funniest and most impactful print ads we’ve ever seen.

Created by advertising company The Smarts, this ad doesn’t end the fun there. If you look closely you’ll see that there’s a lower case letter “i” in the name of IKEA’s meal preparation range, IDEALISK, in a subtle dig at Apple’s camel case product names.

It’s a subtle but clever piece of copywriting from the studio. And it’s all the more effective, because thanks to this ad we now know that you can pick up a stainless steel cheese grater form IKEA for just 3,99LV ($2.30). So if your budget won’t stretch to an iPad Pro, this could be a bargain way to get the same aesthetic.

Another element that makes this ad so successful is that it taps into a wider conversation surrounding the new Apple Mac Pro. Once it was unveiled, people flocked to social media to crack the same gag that compared the computer’s tower to a cheese grater. 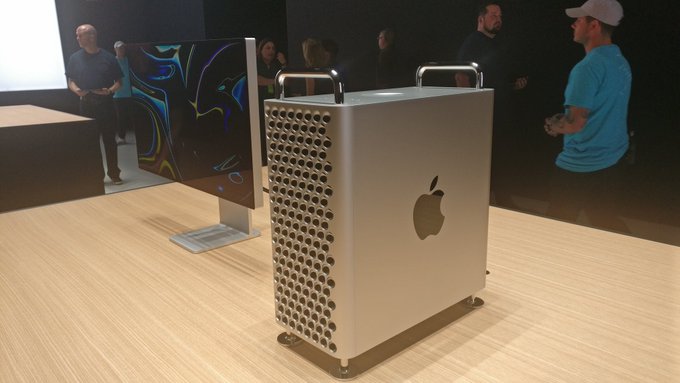 So as far as ads go, this one is a triple threat: it effectively mimics its target, it smoothly weaves its product into a general conversation, and it builds publicity for an item and a brand. And it does all this with a simple photograph and a lower case letter. Talk about making effective advertising look easy.

The new Apple Mac Pro also made waves online last week as it was revealed that the computer required a monitor stand that cost a whopping $999. If this is a bit out of your price range though, don’t worry. Check out our buying guide to the best monitor stands for your studio that will leave you with more cash to spare.

#repost @wizardofbarge _ 🌻 ONE OF A KIND, KIND

#repost @css_coder _ We are looking at Top 6 Javas

This website uses cookies to improve your experience while you navigate through the website. Out of these, the cookies that are categorized as necessary are stored on your browser as they are essential for the working of basic functionalities of the website. We also use third-party cookies that help us analyze and understand how you use this website. These cookies will be stored in your browser only with your consent. You also have the option to opt-out of these cookies. But opting out of some of these cookies may affect your browsing experience.
Necessary Sempre abilitato

Any cookies that may not be particularly necessary for the website to function and is used specifically to collect user personal data via analytics, ads, other embedded contents are termed as non-necessary cookies. It is mandatory to procure user consent prior to running these cookies on your website.